Originated from Thailand, this soup is famous for its distinctive sour and spicy flavor. Tom Yum is not only well-known in South East Asia but also among foreigners. Its rich taste has promoted Tom Yum as one of a must-try Thai dish! 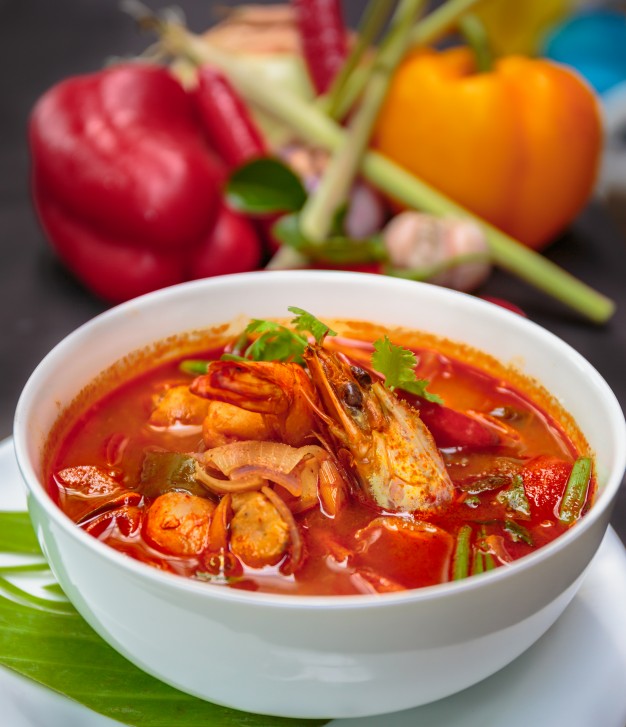 -10 rice peppers (chopped, avoid using this if you don’t want it to be too spicy)